Casa de los Ancianos. A home for the elderly, part 1.

“Some people are old at 18 and some are young at 90... time is a concept that humans created.” Yoko Ono 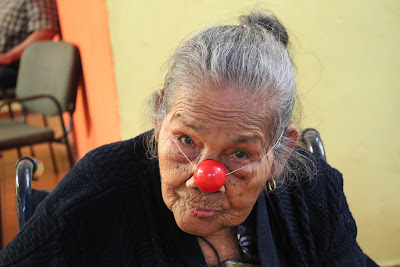 This past Thursday, we arose bright and early with the roosters and headed to Comala, Mexico to spend the morning with an often forgotten segment of the population– the elderly. We were nervous about this show since it is a very different audience than we are used to. "Will they laugh at our jokes?" "Will they be lucid enough to get the nuances?" "Will they just fall asleep?" //   We were surprised to find that our days of worry were for naught. We were greeted by three nuns and about 20 day residents. They whveled their chairs into a U shape, and were instantly charmed by the youthful energy of our circus. They seemed to really enjoy the show, laughing and clapping throughout. One particular grandma became so fascinated by the sound of her own clapping that she would often forget to stop. Fortunately, she had a friend nearby who was kind enough to redirect her focus to all that was happening in front of them. There were other visiting youngsters we nicknamed the miniClowns who jumped up after our performance to belt out some very... homemade tunes. One boy hit the strings of their guitar while the other one belted out random words at the top of his lungs. 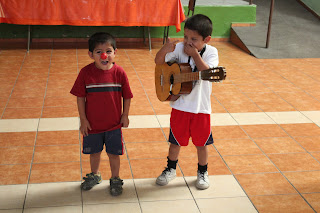 We, of course, came prepared with a pocketful of clown noses. At the end of the show, ﻿Tyler coaxed the mother superior into donning a red nose, which inspired everyone present to do the same. Ten minutes later we had the sweetest 30 person circle of vintage clowns. We were so relieved to have this show go well, since we have one more performance lined up at a Colima home for the elderly. 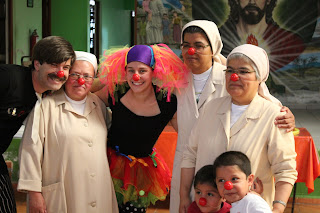 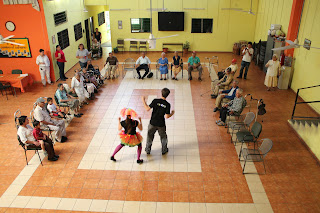 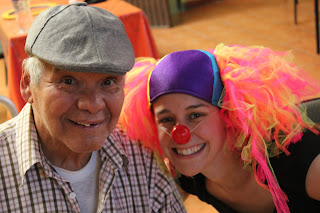 Posted by Paula Greenspan at 4:06 PM